The History of the Civil War

by Susan B. Katz 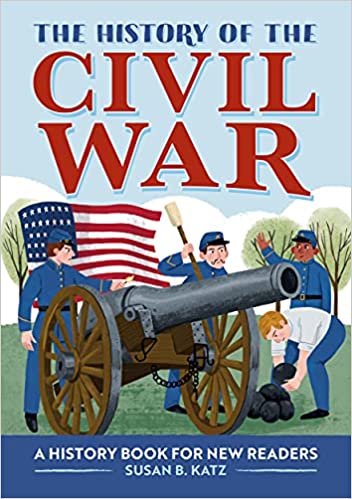 The United States was not always united. On December 20, 1860, South Carolina became the first state to leave the Union. Soon after, many other states joined it to try and create their own country: the Confederate States of America. Within months, the Confederates would launch an attack on Fort Sumter and begin a war that lasted almost four years. This engaging story explores how and why the war started, who was fighting, what happened during the many bloody battles, and how the Union and Confederacy reunited.

Get early readers interested in one of America’s most defining historical events with this standout guide to the Civil War for kids 6-9.